Psalms: The Beauty of God's Love 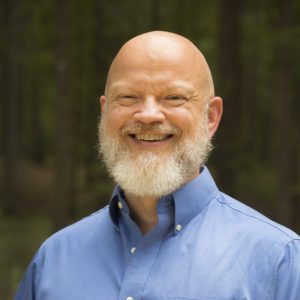 Zane served as dean of the Billy Graham School at The Southern Baptist Theological Seminary from 2011 until 2013, before returning to the IMB where he now serves as the Vice President of Training. He previously served 24 years in an Islamic context with the IMB as a church planter and regional leader in Central Asia. Pratt also has experience as a church planter and pastor in New England and as an Army Reserve chaplain. He is a co-author of Introduction to Global Missions and a contributor to Theology and Practice of Mission, both published by B&H Academic. Zane holds a BA from Duke and an M.Div. from Gordon-Conwell. He is married to Catherine with whom he has two grown children, Charlotte and Greg. God’s people have always been opposed—opposed by earthly enemies, by spiritual foes, by worldly governments, and even at times by supposed friends. And yet, God’s people press on in hope. We can be assured that God will prove victorious in the end, having already triumphed over his foes on the cross.

Join us as we exult in the God who brings life out of death and joy out of sorrow. Together we are called to worship and to bear witness, that our coming and conquering King might be known and adored by the nations.

Please add info@crosscon.com to your contacts to ensure our emails don't land in spam. Thank you!
Oops! Something went wrong while submitting the form.

About
Plan your trip
Past conferences
FaqContact
Promo materials
Exhibit/sponsor